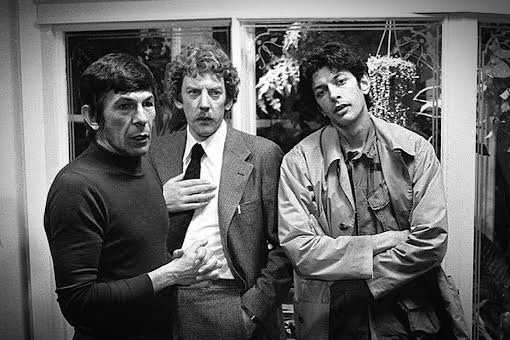 Pottering around my flat tonight while watching the news on TV, I started thinking 🤔 What would I do if I came in contact with the coronavirus and went into lockdown? Fourteen days is a long time in isolation at home. Obviously I’d get Uber eats delivered (if they don’t suspend deliveries) and it would be a good time to sit down and write. I could also do a few odd jobs, like painting my bedroom cupboards. But then what?

I made a peppermint tea 🍵 and switched off the news report. The first thing I’d do if in self isolation is watch an old movie. I loved watching DVDs a decade ago, before streaming caught on like a virus. And I have boxes of DVDs. But what to watch? So, I opened the hallway cupboard (where my old DVDs are kept) and started searching for 7 titles to watch. That’s an old movie every second day in isolation.

I thought something entertaining, possibly Australian. Informative but not depressing would be good! For medicinal purposes I drank three skinny bitches (vodka, lime and Soda) to help ease my pandemic tension while I was looking. This is what I dug out! These 7 DVDs I’ve chosen are to die for! Hmmm? Possibly the wrong choice of words 😗 Each film I guarantee will make you feel a helluva lot better about being in isolation. You might even forget about the coronavirus 🦠 for a moment. At the very least they’ll kill a few hours 😊

1. Invasion of the Body Snatches is the 1978 remake of the 1950’s classic. (See B&W pic) Donald Sutherland (one of his best roles) assumes that when a friend (Brooke Adams) complains of her husband’s strange behaviour, it’s simply marital problems. He begins to worry as more people report odd behaviour by loved ones. His concern is confirmed when writer-friend Jeff Goldblum (also terrific) and his wife discover a corpse hidden in their house. As strange pods start popping up all over San Francisco, Sutherland struggles to stay awake in an effort to fight off alien creatures, that invade human bodies during sleep.

2. These Final Hours – As Earth approaches a cataclysm that will be its end, a self-obsessed young man heads for the party-to-end-all-parties (I’ve been to a few of those myself 😊) along the way he saves the life of a little girl who is searching for her father. This is an excellent Aussie movie that really kicks into gear in the second half. It stars Nathan Phillips from Wolf Creek and will have you raiding the kitchen for ice cream and popcorn 🍿

3. The Last Wave – Peter Weir directs with a firm hand this watery tale about a lawyer whose seemingly normal life is turned upside-down when he takes on a murder case and discovers that he shares a strange and unexplained mystical connection to the Australian aboriginals. Watch it for the suspense and the sight of Sydney under water. This excellent thriller stars Richard Chamberlain and Aussie legend David Galipil, who starred in Walkabout.

4. The Quiet Earth is a 1985 New Zealand science fiction post-apocalyptic film directed by Geoff Murphy and starring Bruno Lawrence, Alison Routledge and Peter Smith as three survivors of a cataclysmic disaster. It is based on the 1981 science fiction novel of the same name by Craig Harrison. It’s New Zealand Film making at its best. I recommend ordering ‘fush and chups’ and watching it over an early dinner.

5. Mad Max is a 1979 Australian dystopian action thriller film directed by George Miller, starring Mel Gibson as “Mad” Max Rockatansky, Joanne Samuel and Hugh Keays-Byrne. It’s a revenge tale set in a post apocalyptic world where gangs rule the road and petrol is scarce. If you haven’t watched it for a while, then this is a perfect late night lockdown movie. Tuck the kids in bed, grab a six pack, sit back and enjoy the ride!

6. The Poseidon Adventure – This camp classic is just what the doctor ordered. A passenger ship is en route from New York to Greece is hit by a tidal wave and turns upside down. All of the passengers die except ten lucky people who spend most of the movie trying to escape (I’ve had jobs like that 😇). Watch it for the all star cast, the pop song The Morning After and the special effects which still hold up, even by today’s standards. A good one to watch on New Year’s Eve if you find yourself still in isolation and alone 🙃

I recommend checking out these 7 movies and raiding your old DVD collection should you have to self isolate, you never know what treasures you’ll find. PS. Remember to stay informed during the coronavirus pandemic and follow all health and safety precautions. Happy 📀 searching!