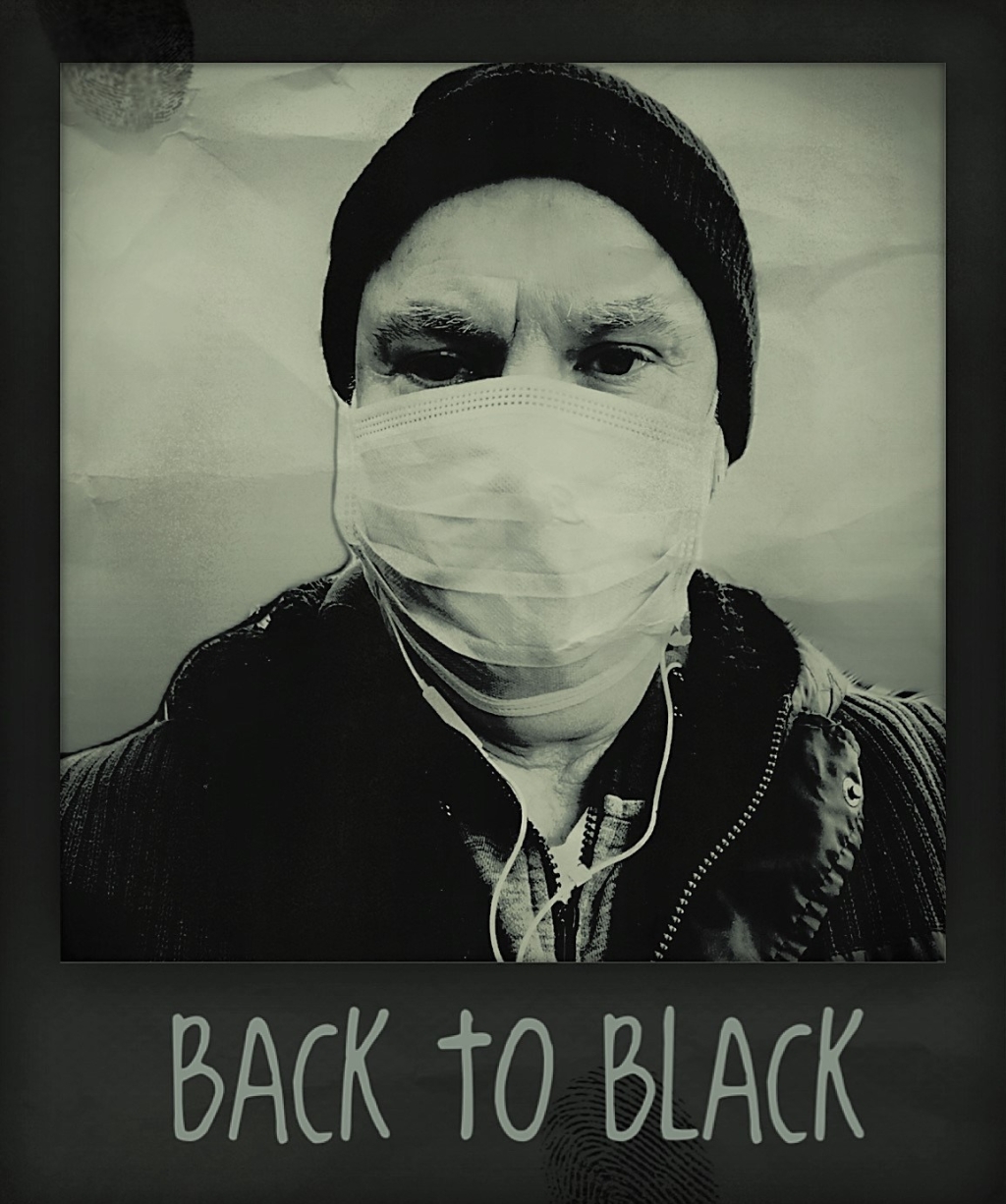 June 21st – The virus was long-lasting. I don’t recall when it began, before I lost the urge to dream, I guess. I climbed to the top of a red London double-decker bus and hobbled down the aisle. I sensed him, a young boy, dead inside. I pulled off my mask, popped my earbuds in and hit play. The song, Back to Black by Amy Winehouse dropped on my iPhone. I limped to the window, dragging my injured right foot behind me and glanced outside. The midsummer sky had turned a whiter shade of pale, men and women lined the streets wearing surgical masks and carrying blood red roses for the dead. As we idled at the traffic lights, children hurled their frail bodies against the driver’s door, praying for mercy. On the footpath, a beggar carried a placard with the phrase, ‘The End is Nigh,’ scrawled across it in black paint. I had no fight left. No fear either. If the end was a bus ride away, I’d travel mask free, listening to Back to Black. No time for regrets.

The bus hit a speed hump and turned hard right, leaving Kensington tube station behind. I steadied myself, gripping the pull-ring tight, and watched the chaos outside disappear before my eyes, as the bus raced towards its destination. With music playing in my ears, I dropped my mask on the floor. I hummed Back to Black and looked up. He stood before me, a fair-skinned boy, holding a sharpened bread and butter knife. He wore an oversized Kill Bill T-shirt, checked pants and sandals. “You dropped your mask? It’s not safe outside,” he scolded, “They’ll die out there. So, might you?” “I’ll take the risk!” I smiled, looking around at all the empty seats. “Don’t worry. You’re safe…as long as we stay 1.5 metres apart! The virus can’t travel further than that!” he assured me.

“I’m Thomas Nixon, at your service, sir. Westminster Abbey is where we’re headin’. I’ve been travellin’ this route for a while now. Since this bleedin’ contagion took hold of old London town. Oh, the characters I’ve entertained on board this bus, you wouldn’t fucking believe! Kings, poets, scientists, even wandering minstrels. All of them sinners, of course. Are you infected?” I didn’t answer, I knew he was. “Once, I met a suicide bomber, delirious with fever. He tried to blow up the bleedin’ bus. I fought him off. With this bread and butter knife, dragged him kicking and screaming onto the road and set him alight. He went off like a firecracker! A superb ending, don’t you think?” He lit a cigarette and slowly inhaled. “That leg looks bad,” he cautioned, cigarette smoke billowing from the corners of his rather cruel mouth. “Take care, won’t you? You don’t want to catch an infection.” I didn’t respond, I don’t like chitchat. “I travel back and forth, you see,” he continued, “…alone on this bus. Not a soul to converse with since the virus hit. I’m looking for someone, but I’ve no fuckin’ idea who it is! Are you that someone?” “I’m not sure. I could be I suppose,” I added. “My old man would say to me, Thomas Nixon, remember this when I’m gone, only the good die young. He was right! I mean, every good man I’ve ever known is dead or dying in London. It doesn’t matter much at the end of days, if this virus doesn’t kill us, something else will. As for me, honestly…I’ve died a hundred times already. It’s all about space and timing, isn’t it?” He scratched his nose, and using the tips of his fingers, put out his cigarette, tucking the smouldering butt into his pants pocket.

The bus came to a sudden halt outside Westminster Abbey. “This is our last stop,” Thomas Nixon announced, ceremoniously taking my hand. “It’s alright,” he assured me. “This is the fairy tale ending you’ve always dreamt about.” What he didn’t know was I’d stopped dreaming years ago. He took my hand and led me, mask free, across the lawn, which was scattered with the dead bodies of homeless men, their faces contorted in pain, and ravaged by disease. They lay like rag dolls on the grass, barricading the entrance to Abbey, all of them forgotten.

Climbing over bodies, we made our way to the entrance of the Abbey. Holding the door, Thomas Nixon proclaimed, ‘Here’s to all the things you love, my dear,’ …and kissed me on the cheek. In that insignificant moment, time ceased to exist. We walked hand in hand to the nave of Westminster Abbey and stopped at a memorial stone wedged between two graves, that of Isaac Newton and Charles Darwin. Inscribed on black slate the words – ‘Here lies what was mortal of Stephen Hawking 1942–2018.’ I let go of his hand, feeling unsettled. But Thomas Nixon cupped both my hands in his and held them close. He whispered, “Did you know black holes in the universe are not entirely black? In fact, if you look closer, you’ll notice they emit light. A warm, somewhat loving glow.” With that said, Thomas Nixon plunged his bread and butter knife deep into my heart. “Life would be tragic if it weren’t so funny,” he laughed, twisting the knife. Blood 🩸 ran freely over the memorial stone, and I remember thinking, there are no coincidences. And… I go black.

June 21st – It’s been two years to the day since I went away. It took less than two minutes. I often think of Thomas Nixon. It’s a shame we never got a chance to say goodbye. I miss London town, before the virus, and before the blackness took hold of everything. Mostly though, I miss Amy Winehouse, I miss humming Back to Black… and I miss the midsummer sun against my skin.

Author’s Note – This short story was written when I was in isolation, during the second wave of coronavirus in Melbourne, August 2020. While at home, I’d followed the virus outbreaks on TV news reports, particularly in the United Kingdom. When I sat down to write something on the virus, London immediately sprang to mind as the setting for the story.

To all the frontline healthcare workers, thank you for your continuous dedication, selflessness and sacrifice during the pandemic. Best wishes Noel 🙂

About the author – Noel Anderson is putting the finishing touches on his feature film script Sammy & Dave and recently adapted Henry James’s ‘The Turn of the Screw’ into a play called ‘Ghost Story‘. Read an extract of Ghost Story on Amazon. More info: Australian Plays Org